We look forward to a transparent and open process for determining the spending of the $100 million commitment in a way that best serves the Inglewood community. 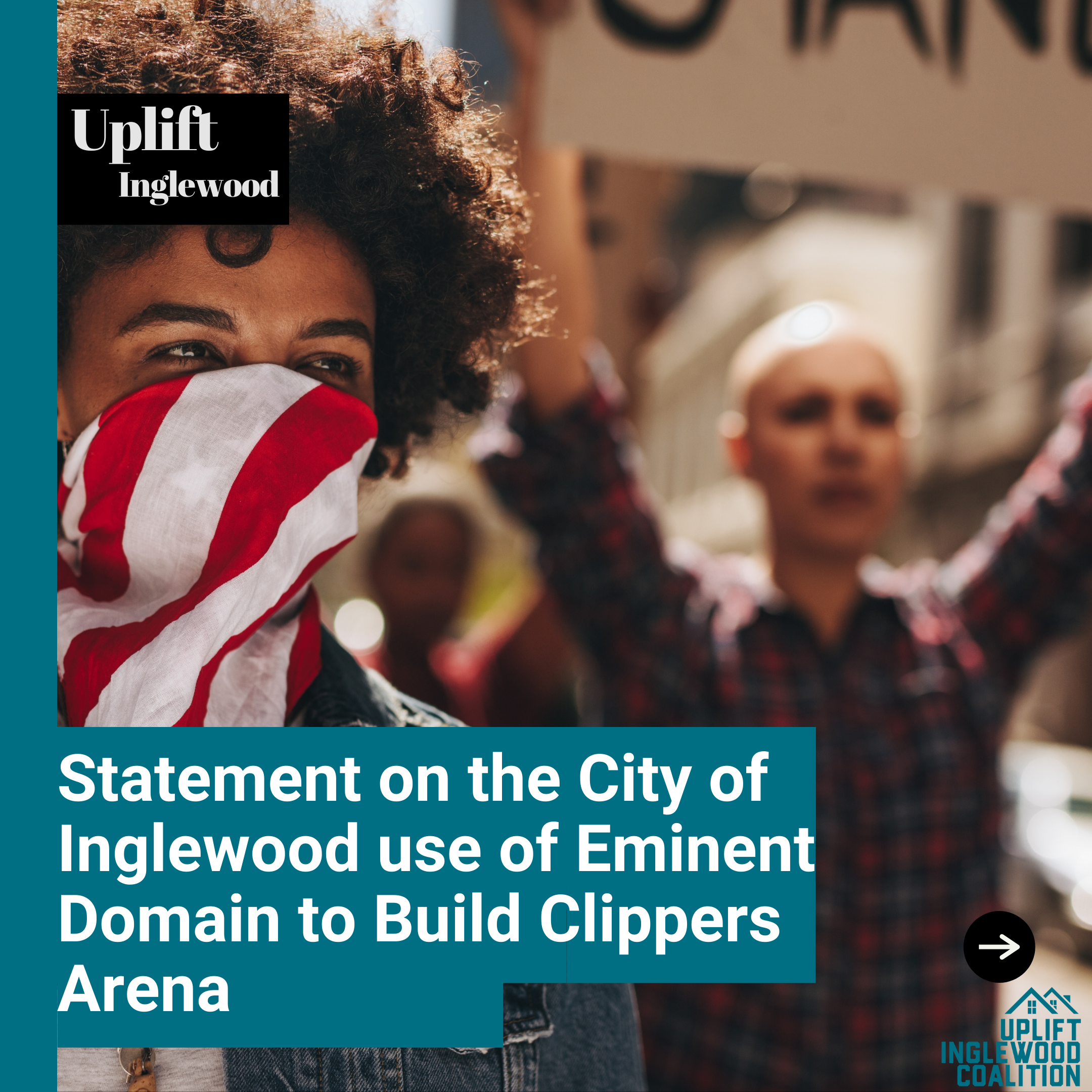 “In my opinion, there will not be any eminent domain proceedings of residential property or of church property,” Butts wrote in an email. “As negotiations continue, there will be an opportunity for the City Council to make that clear at some point in the near future. That is not the intent of the project. I personally will not support the use of eminent domain proceedings to take any residential property.”

Unfortunately, almost 4 years later on Tuesday, January 26th, 2021, the City of Inglewood decided to move forward with eminent domain proceedings to claim the last pieces of land necessary from private businesses to complete a land sale for a new NBA arena for the Los Angeles Clippers. The City of Inglewood began negotiations with the L.A. Clippers on this land deal in early 2017. The original proposal included the sale of acres of publicly owned land with an option to use the City’s eminent domain power to take private businesses, and at the time even private homes, and a church to build a new NBA arena.

Not soon after, many of Inglewood’s most impacted community members joined Uplift Inglewood -  a local coalition of Inglewood residents, nonprofit organizations, churches and local business owners - as they launched the Homes Before Arenas campaign to push back against the City’s sale of its publicly owned land to outside interests without considering public good first and to highlight the ongoing real estate speculation creating displacement that was occurring throughout the City of Inglewood.

Through grassroots organizing and community engagement of Inglewood residents, Uplift Inglewood at that time pressured the City Council to amend the proposal, shrinking the proposed plan for the NBA arena and excluding the previously included homes and church.

After the tireless work that Inglewood community members participated in, one of the biggest wins of the Homes Before Arenas campaign was a pledge in 2019 from the Clippers Organization to provide $100 million in community benefits to the city of Inglewood, including $75 million for affordable housing. It showed that the social actions that took place over the years swayed influence and made impact.

“While we agree that new investments can be an important contribution to the Inglewood community, last week’s eminent domain proceedings underscore that Inglewood officials are happy to use their power to take from Inglewood residents and businesses and give to corporate interests,” says Derek Steele, Inglewood resident and Interim Executive Director of Inglewood based Social Justice Learning Institute. “However, the history of our movement shows that sustained community engagement can make a difference. As we look forward to a transparent and open process for determining the spending of the $100 million commitment in a way that best serves the Inglewood community, we also know it is time to fully engage once again to make sure it takes place.”