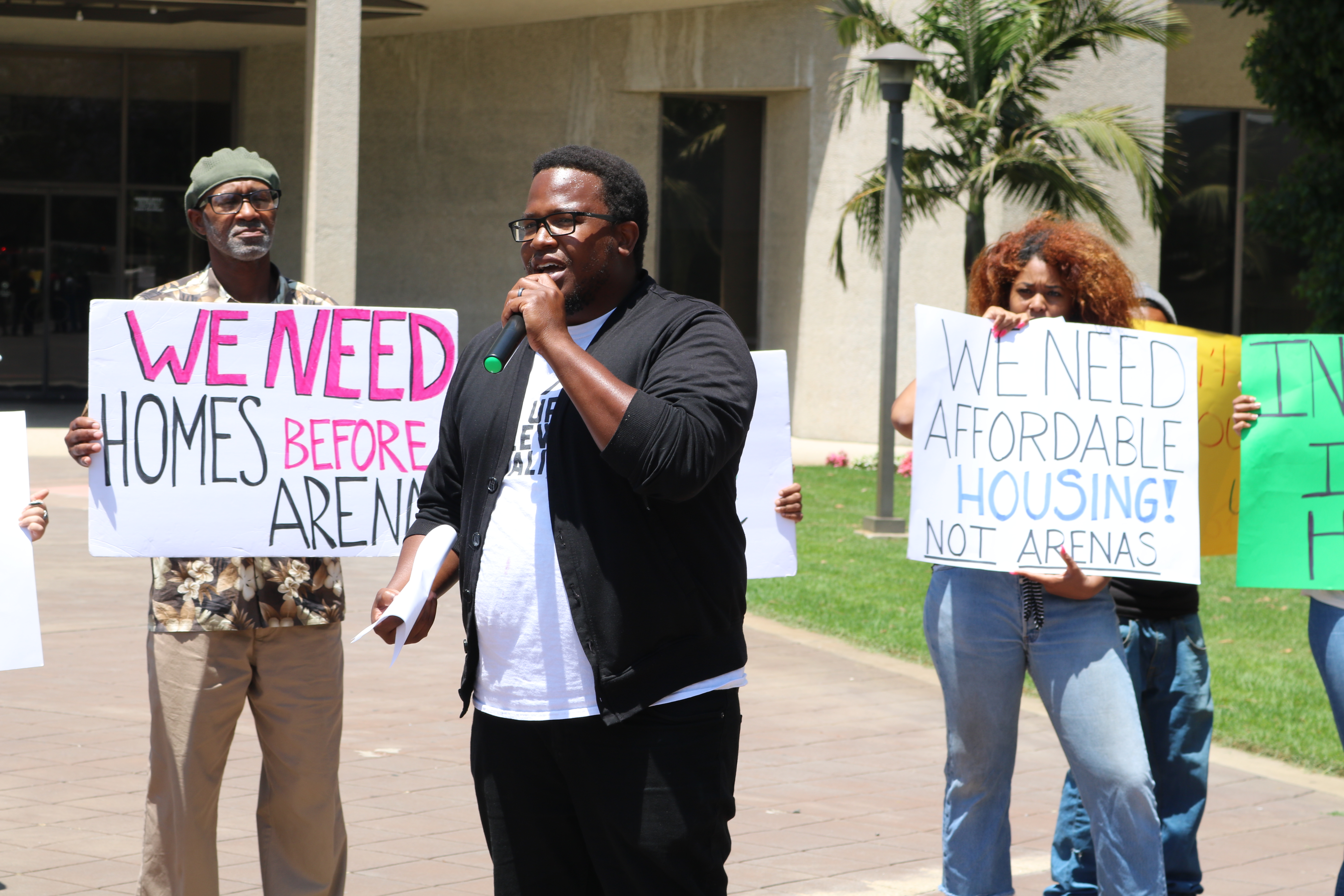 As a result of Uplift Inglewood Coalition’s community advocacy, the City of Inglewood lowers proposed annual rent cap to 3% and the Clippers announce a $100 Million Investment in Inglewood Community

INGLEWOOD, CA, September 10, 2019 —  On Tuesday, September 10th, two campaigns spearheaded by the Uplift Inglewood Coalition resulted in two major pronouncements when Inglewood’s Mayor proposed lowering the City’s permanent annual rent cap to 3% and the Clippers announced a proposal for a $100 million investment in the Inglewood community, of which $75 million will be invested in affordable housing.

For nearly four years, the Uplift Inglewood Coalition has advocated for equitable development and stable homes in the city through two simultaneous campaigns: 1) to establish a permanent rent stabilization ordinance for the City of Inglewood and 2) to prioritize the development of affordable housing over the proposed Clippers Arena.

Members of the Uplift Inglewood Coalition have led a 3.5 year campaign for rent stabilization that resulted in a ballot initiative which amassed more than 10,000 signatures last spring. Today, Inglewood Mayor James Butts stated that he would lower the proposed annual rent increase cap from 5% to 3%, acknowledging that the need to protect affordable housing is at a crucial point in history.

The proposed $100 million investment by the Clippers could be the largest of its kind in history, and contains allocations of $75 million for the development of affordable housing, $5.5 million for a tenant’s rental assistance fund, $12.75 million for schools and afterschool programs, $6 million for the Inglewood Public Library, and $500,000 for local nonprofits.

The announcement  comes after years of community organizing and a lawsuit filed by the Uplift Inglewood Coalition which argues that land allocated for the proposed Clippers Arena project should be prioritized for affordable housing, according to California’s Surplus Land Act. The law requires cities to give first priority to affordable housing development when selling public land. Uplift Inglewood filed the claim in June of 2018 because the City did not comply with this state law before it entered into formal negotiations to sell over 22 acres of city-owned land for the development of a Clippers Arena.

“In the midst of booming development, skyrocketing rents and an acute shortage of affordable housing, today’s victories show that development without displacement is possible,” said Uplift Inglewood Coalition member, Dr. D’Artagnan Scorza. “We are encouraged that both the City of Inglewood and the Clippers appear to be hearing our message, recognizing the importance of housing affordability, and have taken this important step toward addressing our community’s concerns. Our efforts don’t stop here. We will continue to hold them accountable to the Inglewood community.”

"Unfortunately, the Coalition has seen promises broken before. While we are excited by the Clipper’s announcement, at this point, it's still just a proposal," said Katie Mckeon, an attorney with the public interest law firm Public Counsel that represents Uplift Inglewood. "The plan must be backed by a real commitment to community-centered development for and by the people of Inglewood and enforceable agreements. Until then, we will continue our pursuit of justice and equitable development, and demand that the City abides by all affordable housing laws and protects all of its residents from displacement.”

The Coalition is slated to submit their opening brief for the case on Friday, September 13th.

Uplift Inglewood Coalition was founded in 2015 in response to the rising costs of living and housing. The coalition members are parents, teachers, students, faith leaders, residents, elders, youth, business owners, renters, homeowners, and community members looking to help shape the future of our city so that working families can continue to live in Inglewood and benefit from the city’s resurgence. The purpose of the coalition is to bring together Inglewood residents with one voice to educate neighbors and advocate for change. Uplift Inglewood Coalition wants secure housing for working families, safer neighborhoods, and community-centered development and is organizing for sustainable community investment that addresses the rising cost of rent and housing prices.